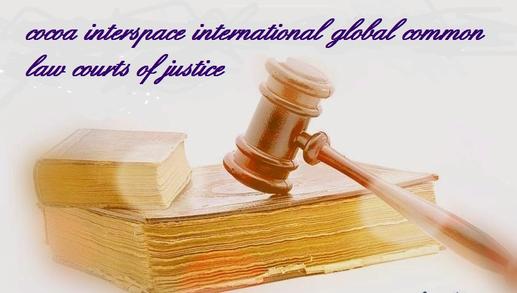 transfer possession title of lands to which it has been adjudicated as a means of enforcing it's decree as an execution in action at law including a writ of possession,,

writ of possession to execute and seize 33 durell drive, cawston rugby CV22 7GW, including seizing monthly rental payments of £750 [stirling] from 33 durell drive, cawston, rugby to the custody of cocoa interspace international global common law court of justice, until dharmesh thakordas chauhan has satisfied the court costs and damages in their entirety, inclusive of further potential costs of property managment,,

above document copyright of cocoa interspace,,

iain duncan smith [also known as [george iain duncan smith] was found guilty on the 18th april 2015 by a jury of eighty five [85] people, of causing loss harm and injury against yvonne pears, including,,,

count 9] breach of health and safety,

dharmesh thakordas chauhan was found guilty on the 17th march 2015 by a jury of twelve [12] people, of causing loss harm and injury  against sukhjinder kaur, including,,,

count 1]  dharmesh chauhan has caused harm, loss and injury to sukhjinder kaur, and he had refused to give sukhjinder a contract of employment,,

chauhan has continually  refused to  pay sukhjinder kaur her   wages  and holiday pay, whilst she was still employed by him,,

count 6]  dharmesh chauhan fraudulently attempted to terminate sukhjinders employment, to a previous date of the 17th of january 2015,,

count 7]  dharmesh chauhan, continues to refuse to pay sukhjinder kaur her wages and holiday pay ,, he has also refused to provide her with any wages beyond the 26th of december 2014,, in addition he continues to hold on to her P45

cocoa interspace international global common law courts of justice on this day the seventeenth of march twenty thousand and fifteen, hereby make judgment against dharmesh thakordas chauhan  of damages payable to the victim, sukhjinder kaur,of thirty thousand pounds sterling [£30,000] within thirty one days of this judgement, [of which includes court costs],, to be paid into sukhjinder kaur's account, by the first of may twenty thousand and fifteen,,

our first common law e-court case, was undertaken and represented, by uk based cocoa interspace lawyer and justice of the peace, yvonne pears, from 10th october 2014,

yvonne demanded the release of lynne portues, from unlawful imprisonment, including the unlawful case against lynne to be thrown out and discharged,,

yvonne single handedly fought and won lynnne,s case, and obtained the release of lynne from prison and captivity, with immediate effect,, including all of the fraudulent allegations against lynne portues totally discharged,,

we a people took back our common law rights with cocoa interspace, the international global common law courts of justice, on the tenth of october twenty thousand and fourteen [10/10/2014],, a precedence has now been set and verified,, 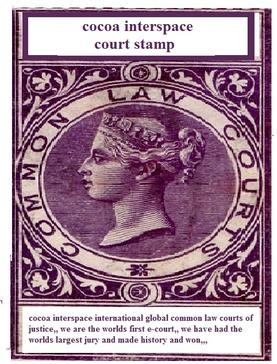