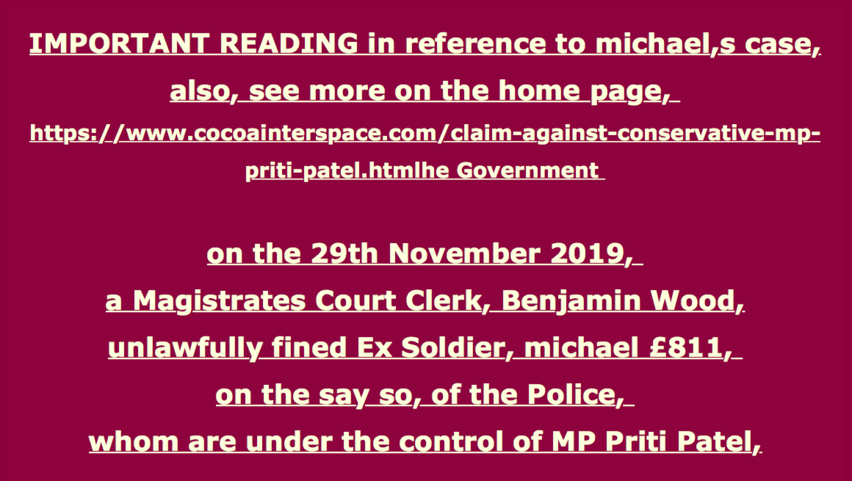 ​D] i was held in the Police Station for 24-hours, where the Police Inspector, Ian Wilkinson, kept on taunting me about my Jewish Surname,, he removed my necklace, of which is a gold cross and chain, whilst informing myself and his colleagues that,
"Jews Don't Wear Crosses"
[ he failed to tell his colleagues, that Jesus Christ is Jewish, whom had died on the Cross ]
the Police Inspector then told his WPC, to google "Bar mitzvah" to find out what food i eat,,
[he failed to tell his WPC, that Bar mitzvah, is Hebrew for "son of commandment, when a Jewish boy turns 13, he has all the rights and obligations of a Jewish adult, including the commandments of the Torah]

soon after i was locked in a Police Cell, until the next day,, i was refused food and water, and exercise,,
the next morning, i was brought before the same Inspector, in order to be handed over to a Group of Prison Officers,,

when the hand over was announced, i took the opportunity to challenge the Police Inspector in front of the Prison officers, about his antisemitism, and i repeated everything that he had said to me, including in front of all of his police officers,,
​i challenged him about, removing my gold cross and chain, and his claim that Jews don't wear crosses,  informing him that Jesus Christ is jewish,,​with immediate effect, One of the Prison Officers, started screaming at the Police Inspector, shouting that she is a JEW, and who the hell does he think he is to target Jews, and how would he like to start on her ?,
she informed me that i am safe now, because i am with them, and they are higher up than the Police, because they work for the QUEEN,,
every time the Police Inspector tried to deny his Anti-Semitism, i kept on challenging him with even more evidence against him, including the fact that i was held without charge, plus all of his anti-semitic comments, and his refusal to provide me with any food, water and exercise, over a 22-hour period,,the other Prison Officers backed their Jewish  colleague and myself, by joining in with the almighty argument against the Police Inspector,,

even though the argument became very rowdy, the rest of the Police looked on, and said nothing to back up their Inspector, whom by then was swearing at me,,
the first drink that was provided to me was at around 8:30 am the next day, by a Policeman
named PC Pfadenhour, whom took me to a water container, of which was only a few feet away from my cell,,​

the Magistrate chatted with some unknown people, about how they were going to shut down my on line court website, cocoa interspace, discussing whether i had a back up service,,

[it was unbeknown to me at the time, that exactly 7-days before, Theresa May had published that the uk were leading the way in the world, with on line courts, and they had reserved a billion pounds of tax payers money, to set this up,
this is proof, that they were trying to steal my invention and my copyright, of the world,s first on line courts, and this was the reason that i was secretly abducted and locked away, out of sight because my online courts are worth a huge amount of money]   within 15-minutes the Magistrate Remanded me into Solitary Confinement, at the Private, FRENCH SODEXO PRISON, in Peterborough, without any paperwork, and refusal of my rights to inform anyone of my whereabouts ],

[ our common law rights, require a court to comply with due process, by having a first hearing for Plea and Directions, including the Defendants Right to put forward their Defence,,
in addition, a probation report is required to be undertaken, Prior To any Sentencing, because a Court is required to take Guidance from the Probation Services, on whether or not, to sentence people, plus a Defendant also has a right to put their home security and finances in order, prior to be locked away ],
i yvonne pears, do solemnly swear, that all of these rights were refused to me,, there was never any charges laid against me, and even murderers are given these rights, that i had been refused ]

6] we all need to be aware of the UNLAWFUL UK Home Office Imprisonments,

and any such Imprisonment of michael, would constitute a Home Office Imprisonment, by MP Priti Patel,,

A] [today,s date is thursday 9th january 2020],
in november 2016, the Police broke into my house, and held me in the police station for 24-hours without food or water, and without charge, is all they would tell me was, is that they were taking instructions from the Home Secretary Theresa May,,

B] i was refused my lawful rights to inform someone, that i had been taken to the Police Station,

C] the Police appointed their own Doctor, named Mohammed Khashoti, and a very dark skinned, bearded police officer, to examine me, in the police cell, of whom i refused to engage with,,
(a) it is a criminal offence for a Doctor to examine people in a Police Cell in front of a Policeman, and on the Police Cameras, where the Conversation is Not Private,,
(b) a Doctor is required by Law, to respect people,s right to Privacy,, if a Doctor breaches this right, they cannot lawfully make any record, or notes about it ],, 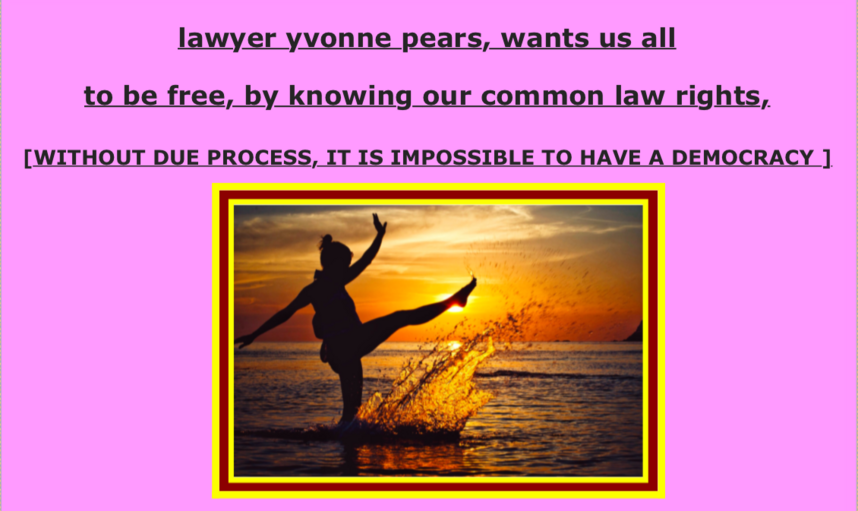 EVERY FALSE IMPRISONMENT CASE, THAT i, lawyer yvonne pears, HAVE STUDIED, SHOWS PROOF THAT *A JURY WOULD HAVE DEFINITELY, DECLARED A NOT GUILTY VERDICT*,

i, yvonne pears, have SECURED the RELEASE of Lynne Portues,

and Kane Forsythe, from UNLAWFUL IMPRISONMENT,

i have also taken over the Representation for People, whom have been unlawfully Charged with Criminal Offences, and detained for months on Police Bail, where i have forced them, to Drop All of the Charges, against my client, and set them free,,

[ one such client of mine, whose case i Won, had been Falsely Charged and Bailed, *Without Any Evidence Against Him*, and Accused of Robbing his Employers Safe, During His Working Day, in a

my client would have needed to be Houdini, to get into the safe,

as he never had the KEY, nor access to the Building, of which the Safe was Locked in,,

my client's Employer, stood to Gain a massive Insurance Pay Out, because my client was an easy target, as he had been Adopted, and had No Family to turn to ]

TO KNOW MORE, OF OUR 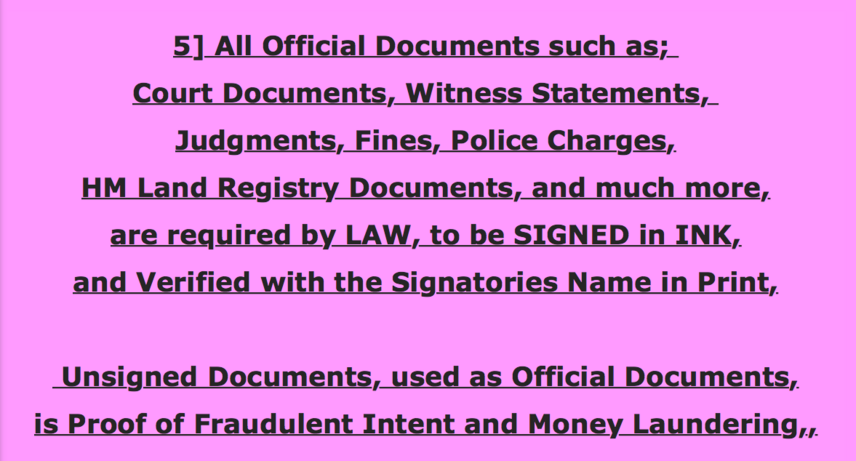 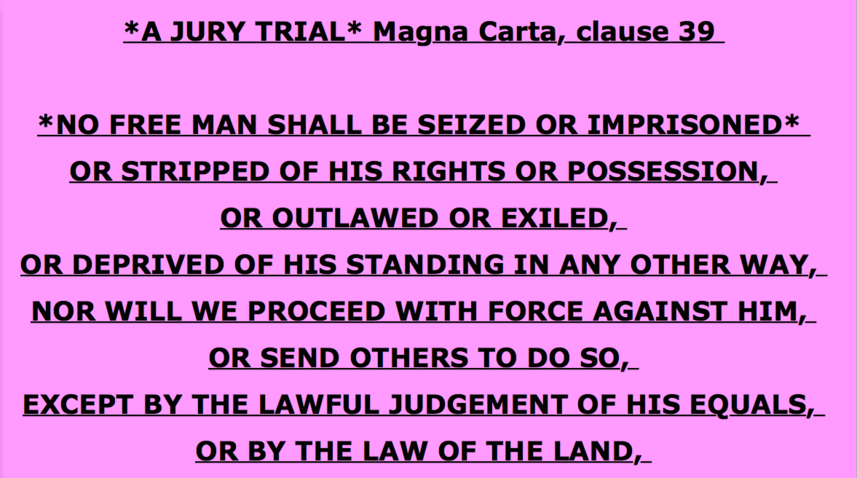 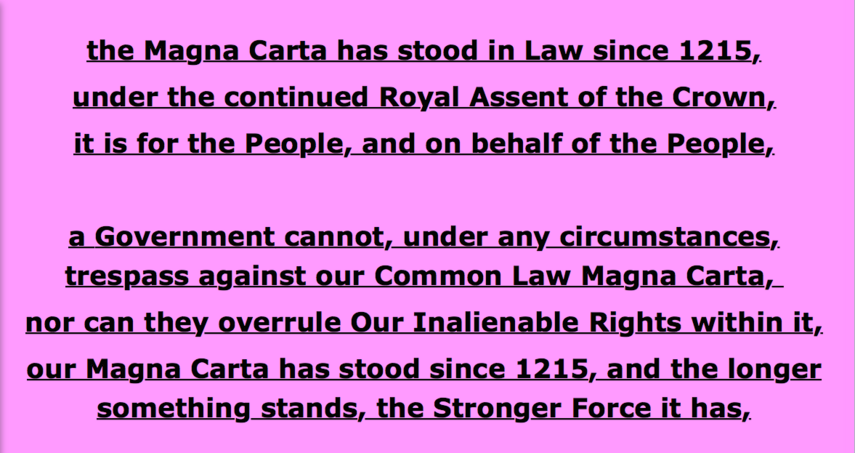 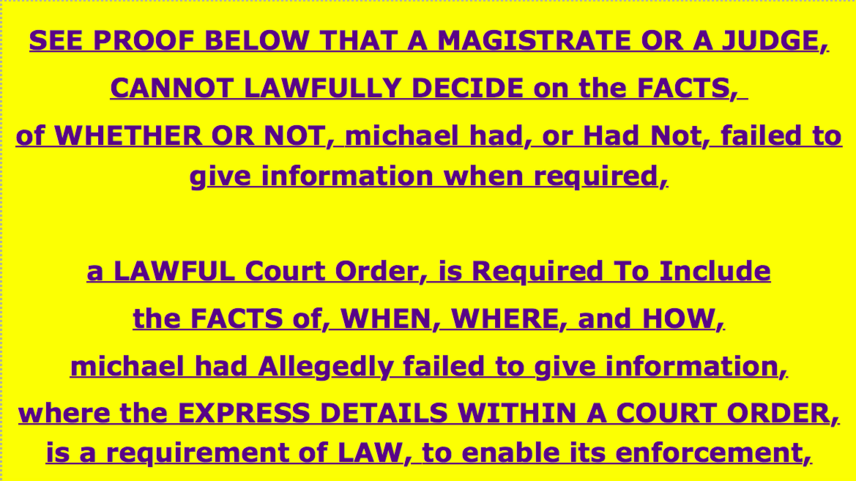 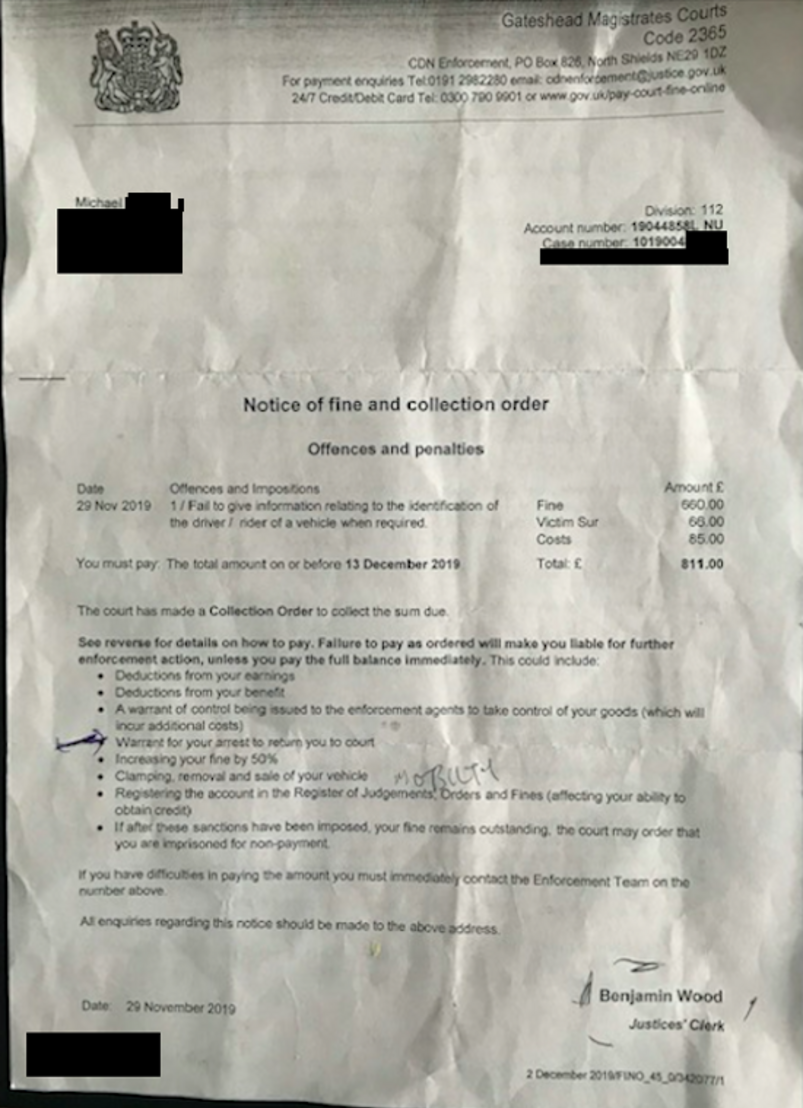 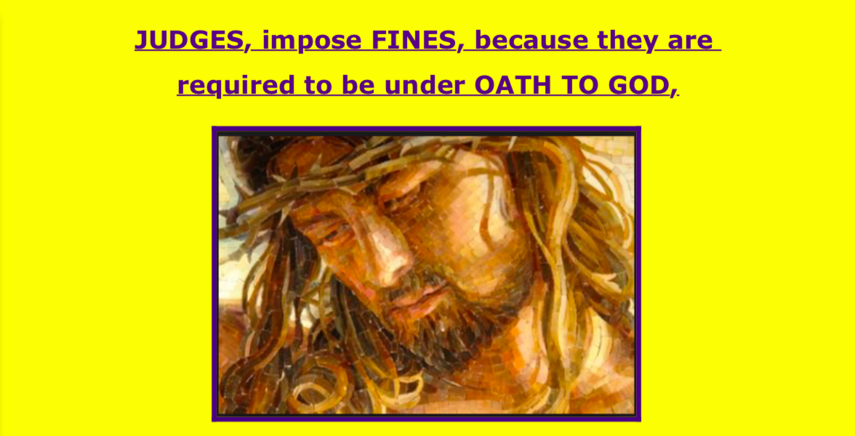 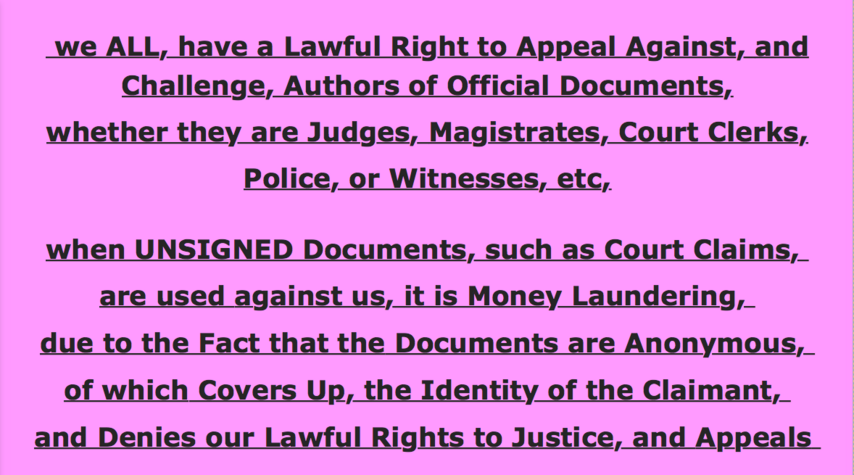 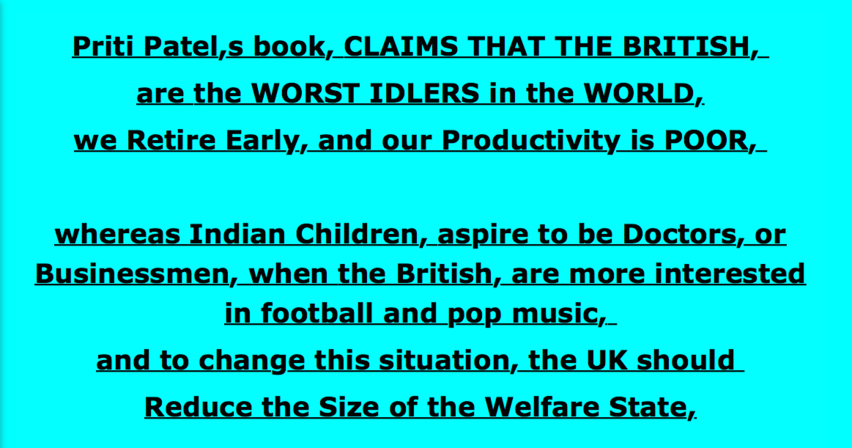 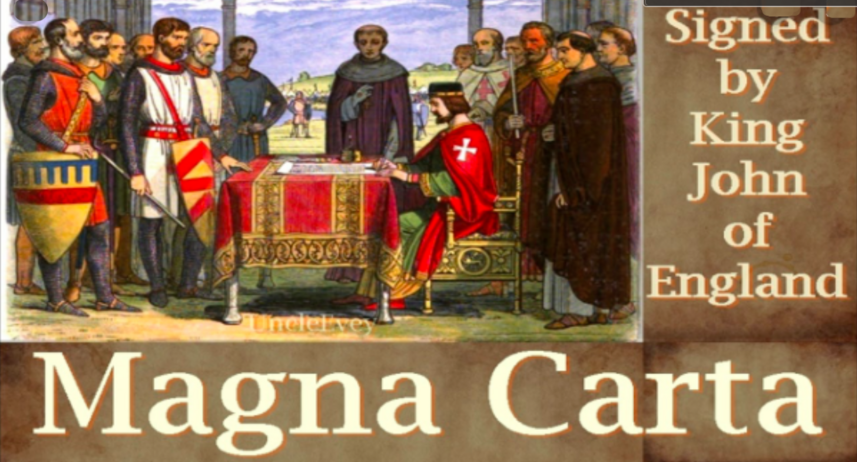 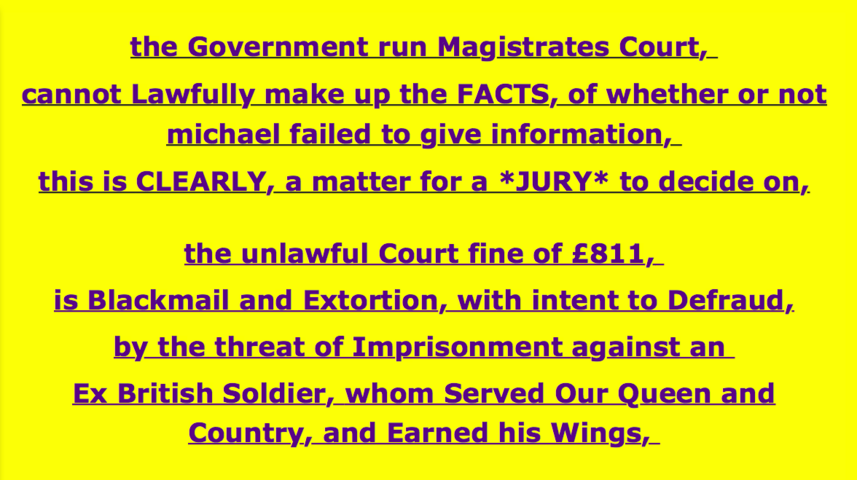 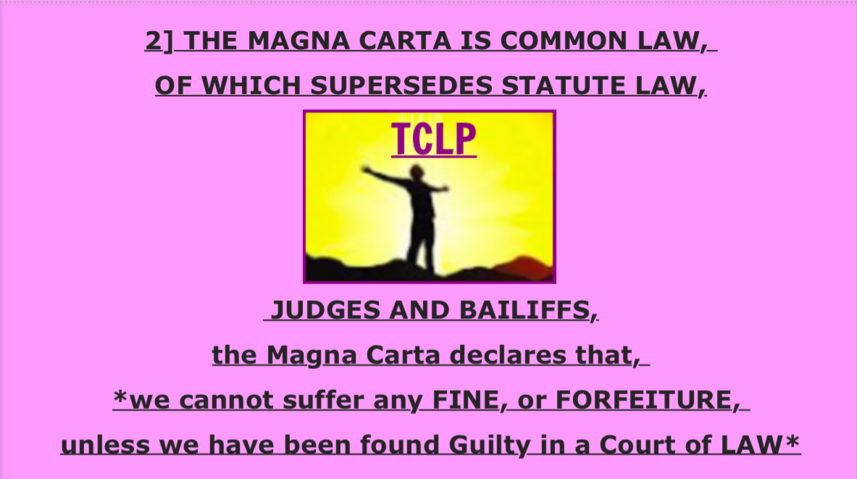 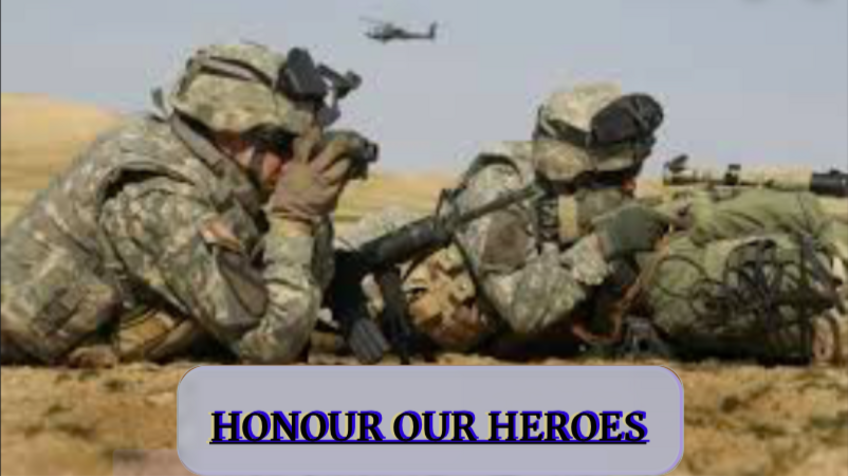 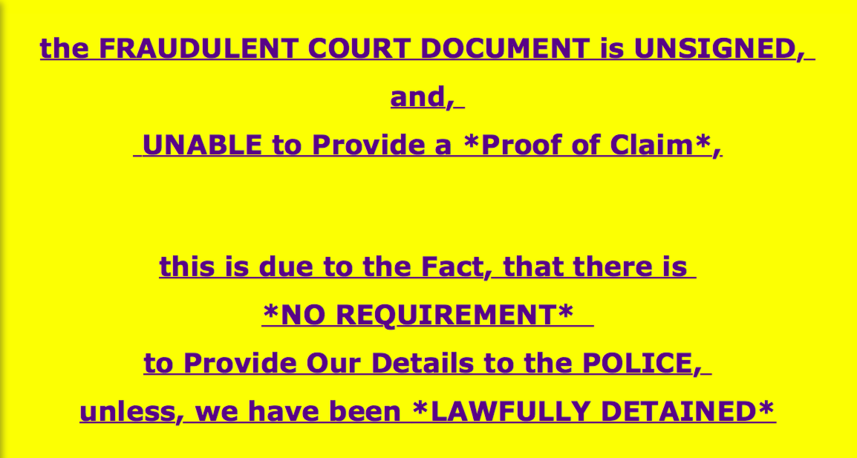 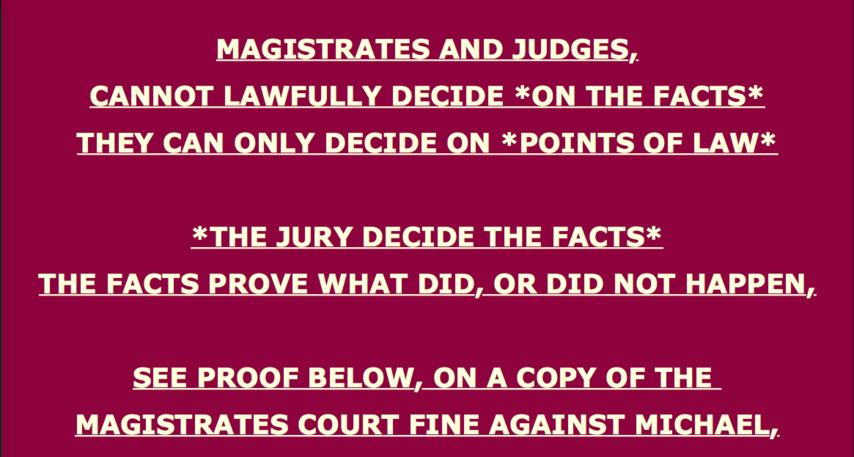 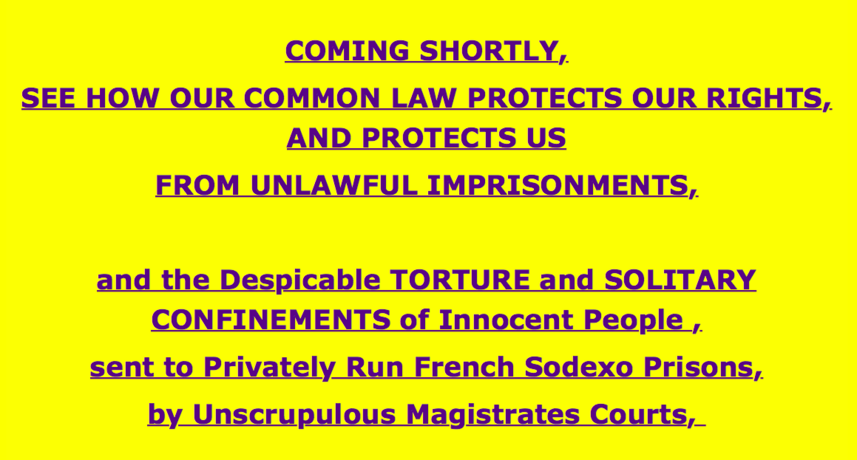 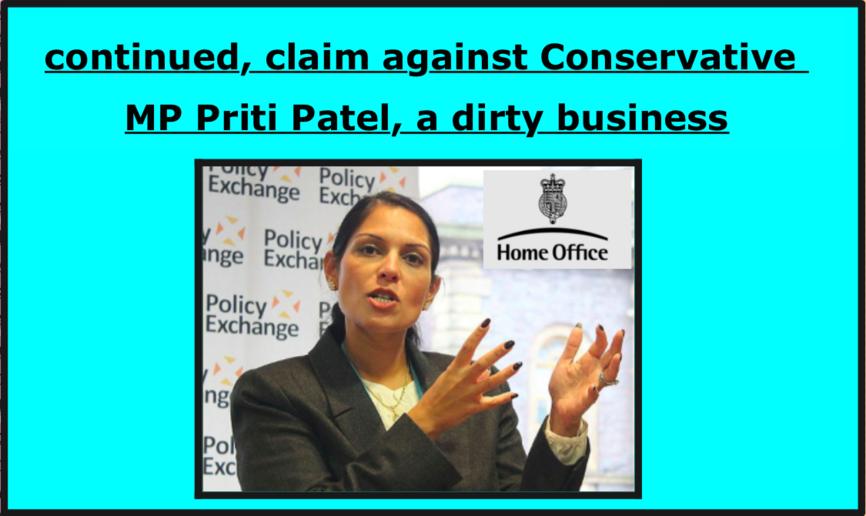 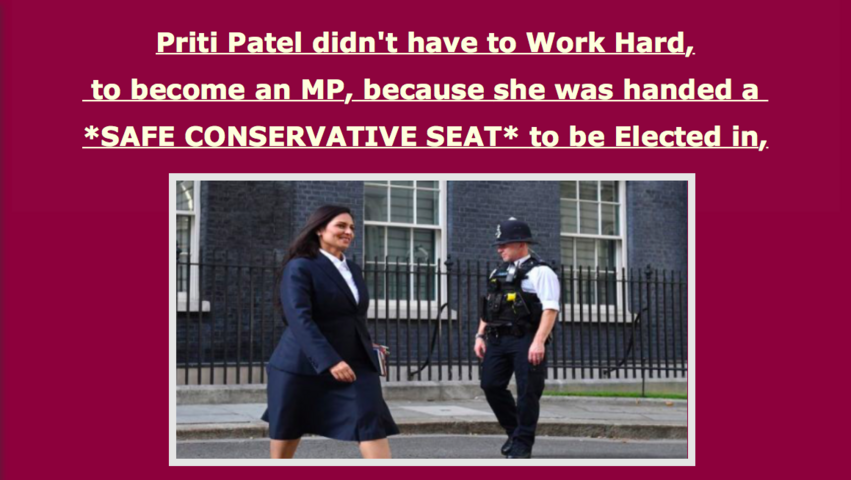 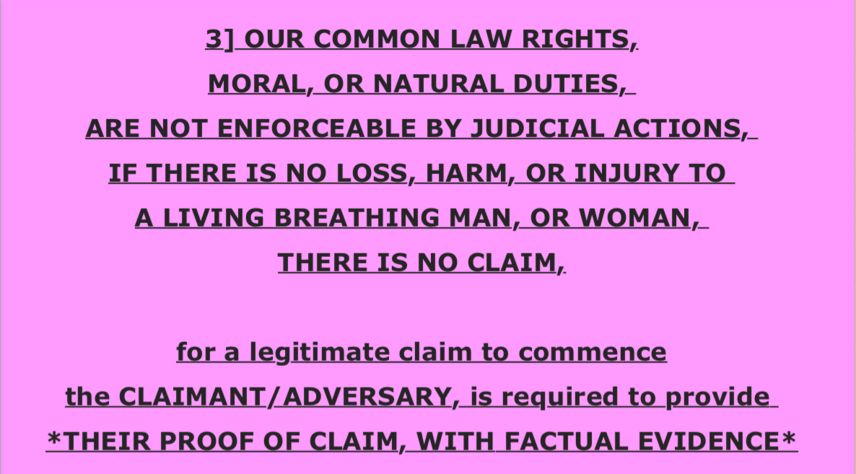 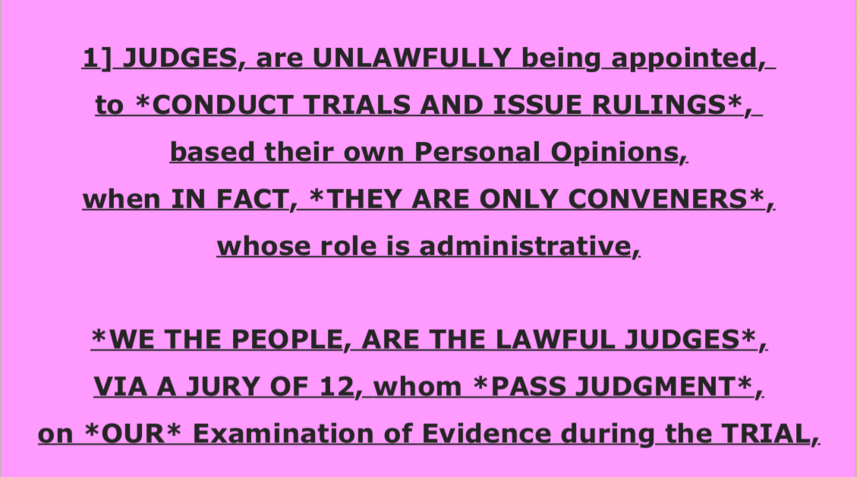 F] the next day, i was brought back to the Magistrates Court, from the Prison, where i was again held separately from the court, behind a glass screen,,

the Magistrates demanded that i agree to a new Solicitor, whom looked foreign,, he was very dark skinned with straight hair,, he kept staring up at me, to see if i would agree to him, but i remained silent throughout the 5-minute hearing,, the Magistrates then informed me, that i have been sentenced to a prison term of 6-months,,

and neither can any funding be released from the Treasury, or the Tax payer to fund these type of imprisonments,,

in addition, a Prison cannot accept anyone, without any Paperwork,,

this is Proof of Hostage Taking, Torture, and Privateering, by a Privatised Prison, run by the Private French Company, named Sodexo,

G] the very second that i arrived at Peterborough prison, the TORTURE began, they refused me my right to use the toilet, and held me separately, in a glass room, in view of other prisoners, until i was bursting so badly for the toilet, that my stomach was cramping,,

eventually, i had no choice but to urinate in my clothes, in front of the other prisoners,, then 2 Prison Officers came into the room and verbally abused me for urinating, into my clothes and over the floor,,

the cell i was placed in, was Filthy, with Blood Stained Sheets, and the Toilet had dried in excrement all over it, and when i had a serious accident, caused by trying to sit around the wrong side of the toilet, in an attempt to avoid the filth, i was refused my Right to See a Doctor,,

H] during this time, my family and friends were looking for me, no one knew where i was,, they checked the hospital and everywhere they could think of,, someone said they saw the Police take me away, and when they asked the police, the Police said they didn't know anything of my whereabouts,,

more to come soon, about the Torture that i was subjected to under Theresa May,s authorisation, 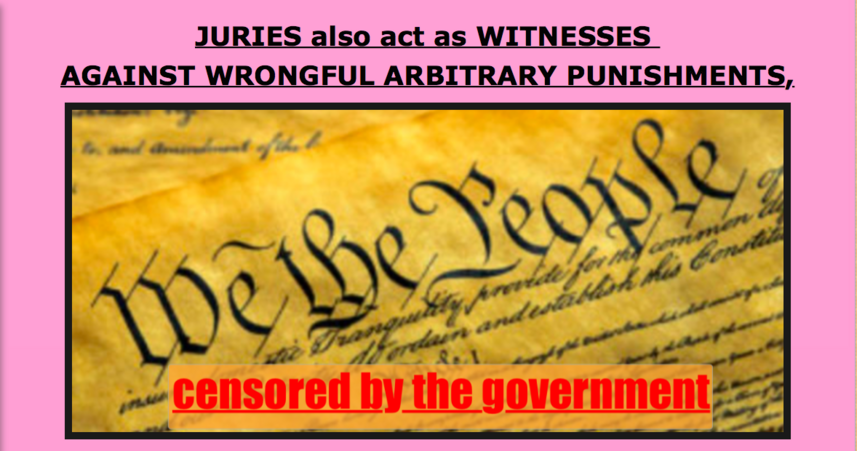 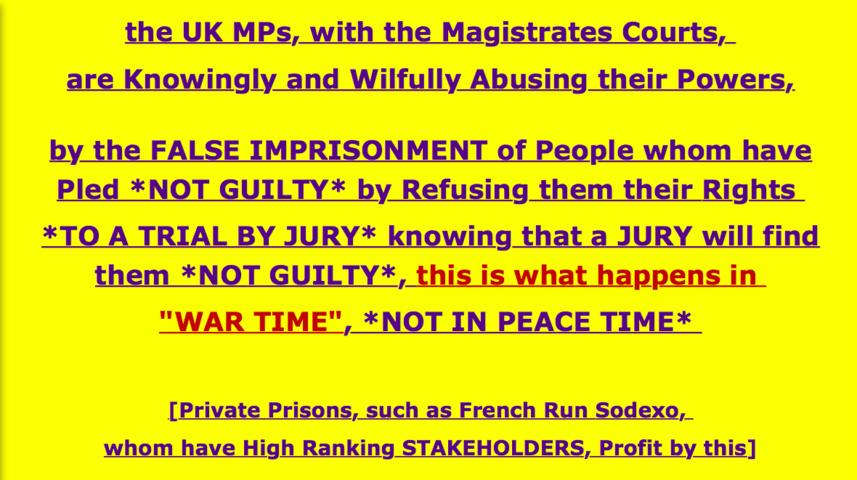