see below, email to Jeremy Corbyn,

giving him 3-days to respond, 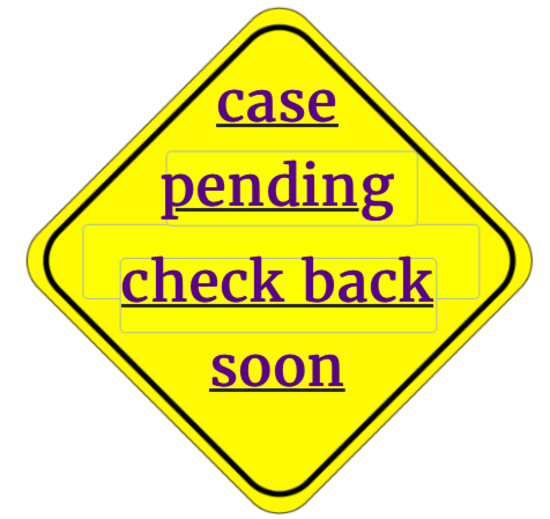 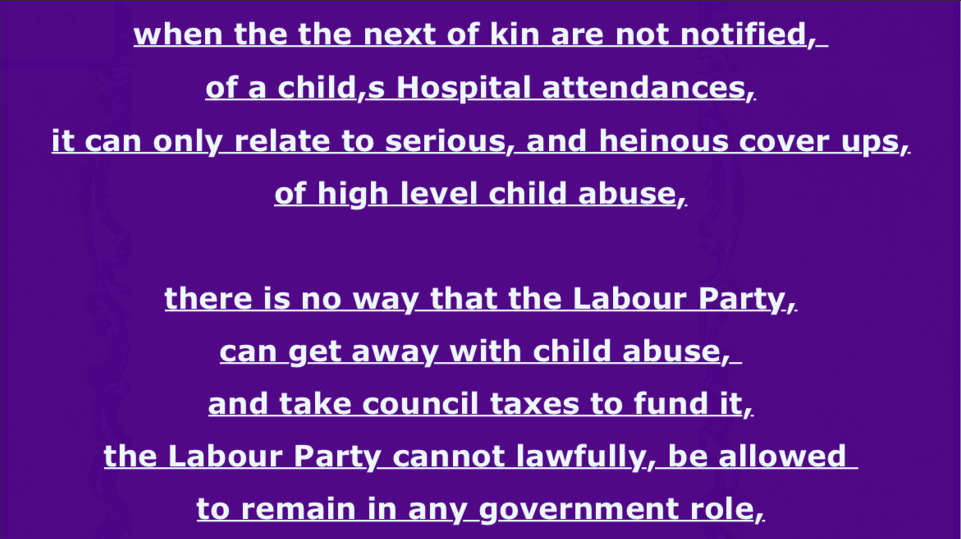 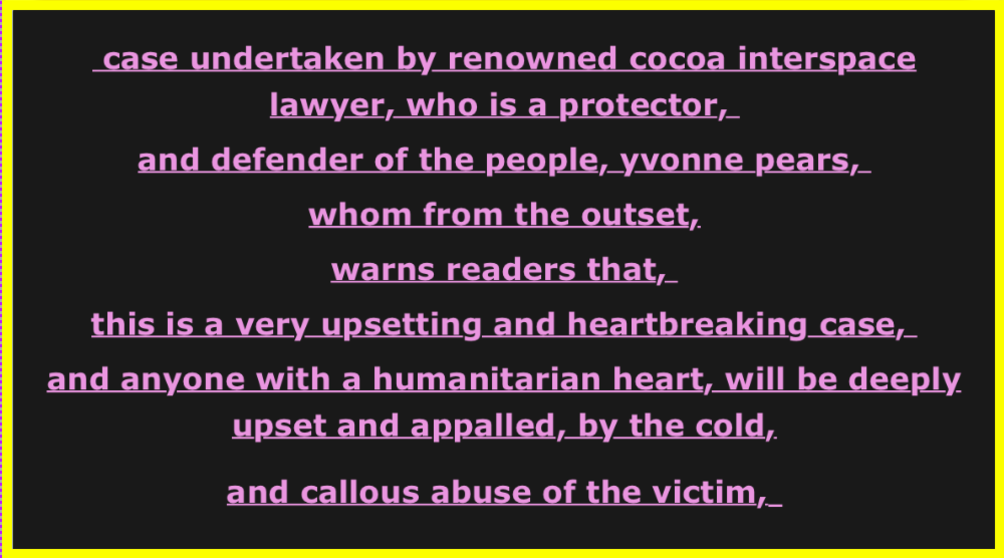 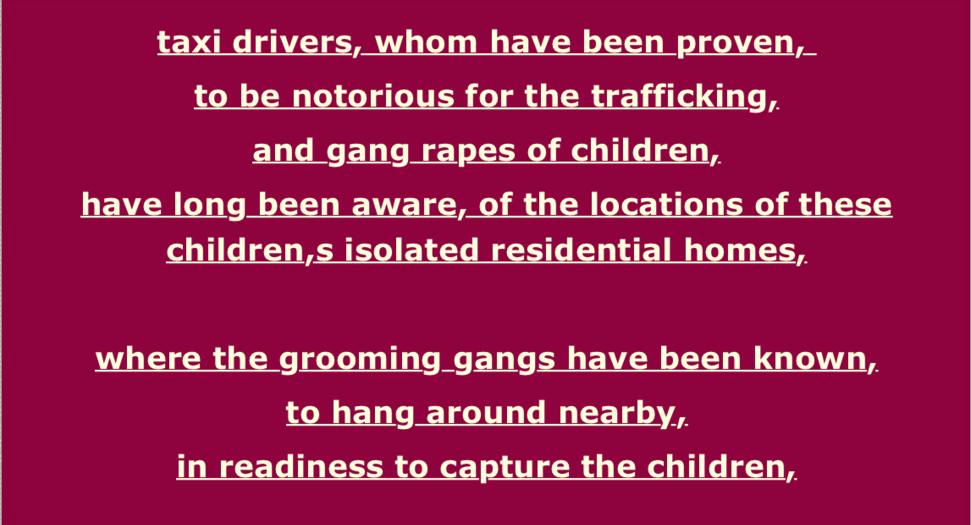 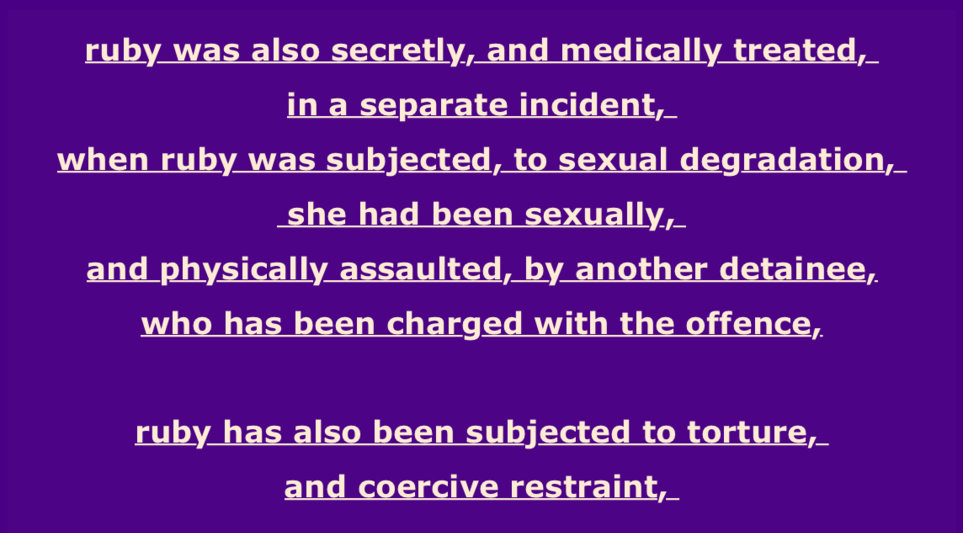 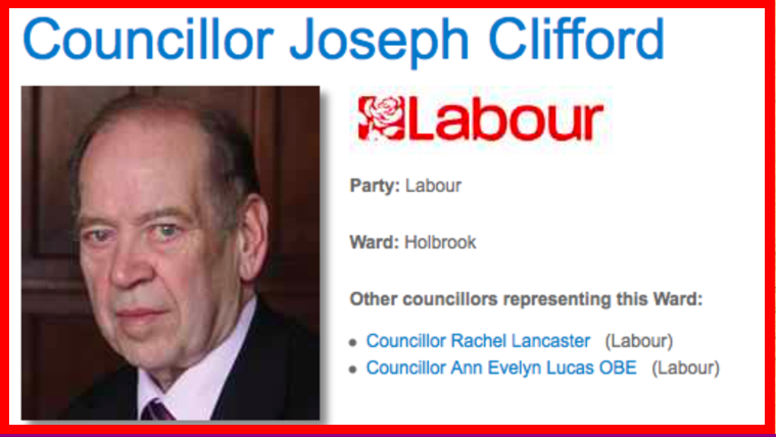 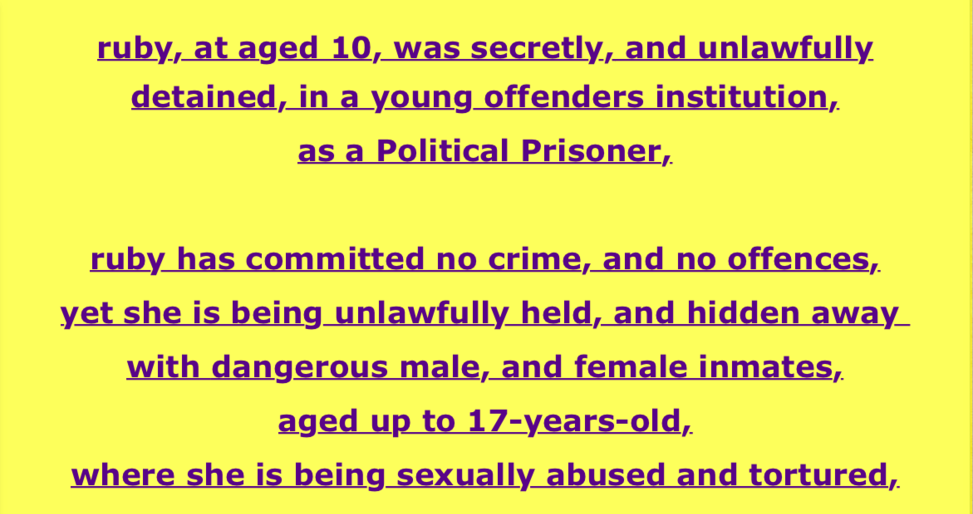 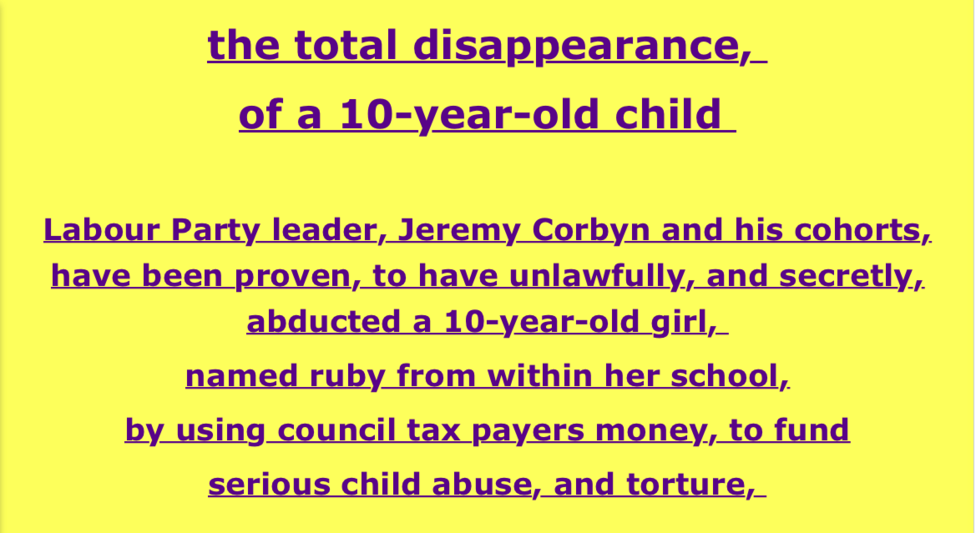 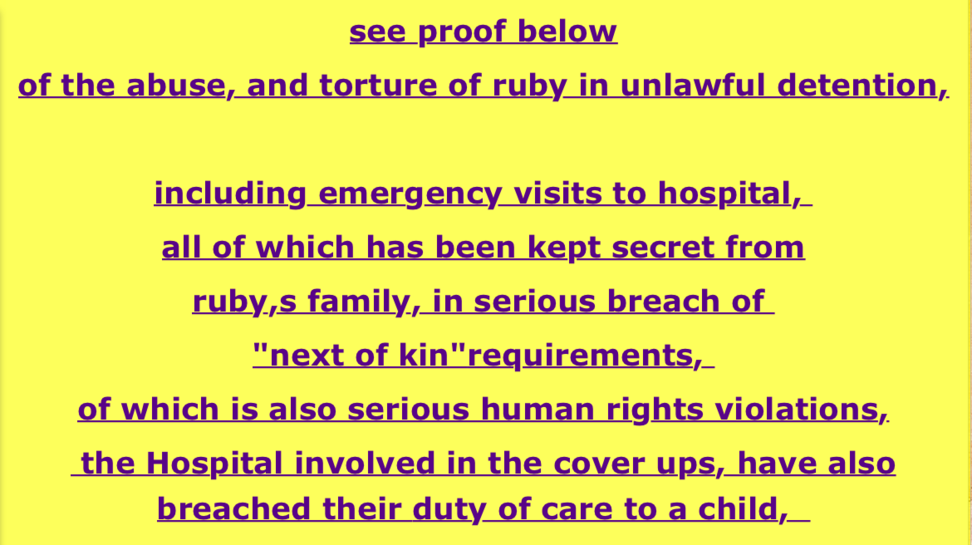 the ammount you owe by thursday 26th of april, is £240,0000 of which increases by £200,000 per week, for each and every continuing week, that you are detaining ruby as a Political prisoner,

we have had no news about ruby, until 5pm on monday 23rd april 2018,
via a document posted into ruby,s grandmother,s letter box, stating that, where ruby is being unlawfully detained, in your residential home, in Birmingham,

2] 15th february 2018 ruby was physically and sexually assualted, by
a young man, in your residential home, where ruby herself, had to phone the Police, as the staff had declined to do so,
the young male had to be removed from the residential home by the Police, who have charged him for physical and sexual assault against ruby,

3] 6th april 2018 ruby had an accident in your residential home, where she had to be taken to Hospital to the A&E department and she had an x-ray on her wrist,

4] 13th february 2018 a member of staff was over affectionate to ruby, by hugging and kissing her, but no action was taken, and on the same date at the swimming pool, ruby was dragged to the changing room by a member of staff,
it has clearly come to light, that the reasons that ruby, has been unlawfully prevented from any contact whatsoever, with her family, is because ruby is being severely abused and assaulted, whilst being detained by yourself, and your cohorts,
the abuse to ruby is more than likely, a lot worse than is listed above, there is a serious concern about ruby,s safety within the confines and secrecy, of your state detention, especially for children held as Political prisoners

urgent written response from you, Jeremy Corbyn, via this email within the next 3-days
[content will be published, to protect ruby and her family, from Labour Party Leader Jeremy Corbyn and his cohorts], 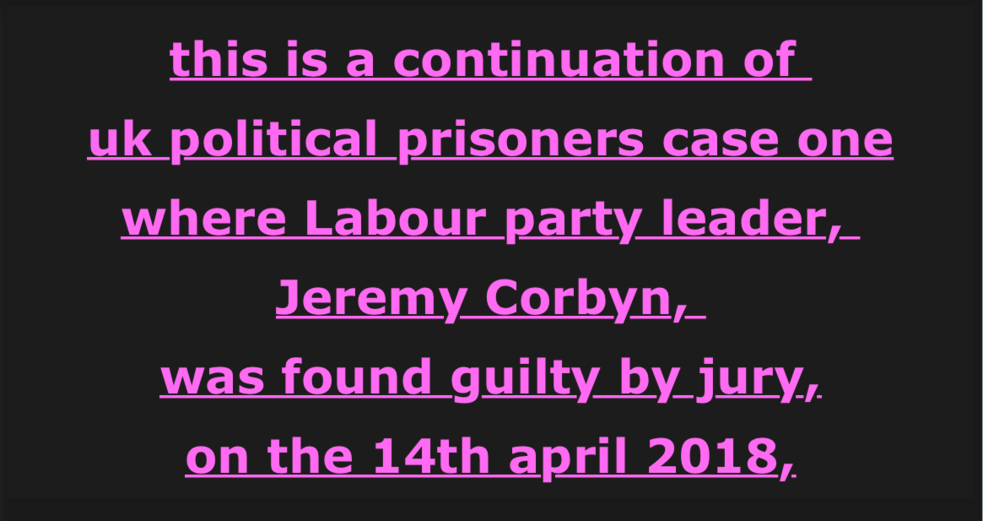 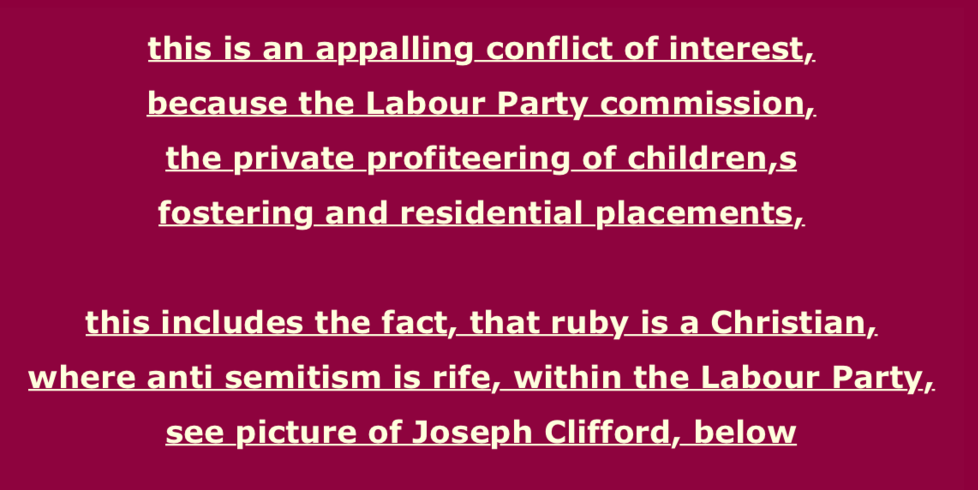