7] ​i was falsely held in the Police cells

for over 24-hours and during that time;

i WAS REFUSED ALL OF MY RIGHTS,

including my RIGHTS TO LIFE,

due to the fact that the Police refused me

the basic necessities of FOOD and WATER,

and a BLANKET to keep me WARM,

the Police also refused me my rights toa

PHONE CALL, in order for me to

of which constitutes a

KIDNAPPING and a DISAPPEARANCE, 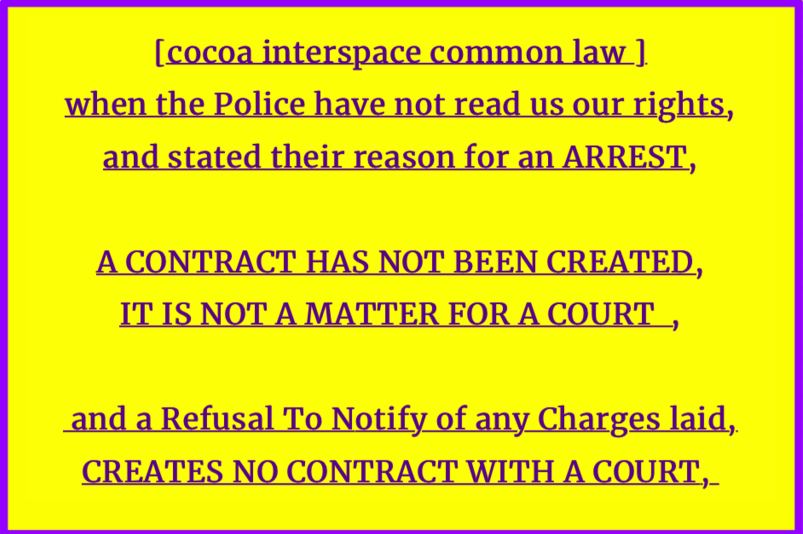 2-Uniformed Policemen, whom had

upon my Private Property,

​by SMASHING through my Front Door,

WITHOUT A WARRANT, and Without Notice,,​​

3] i INVENTED my own on line courts,

due to my extensive knowledge of GOD'S LAW, of which is our Common Law,

and i had seen that the

were not fit for purpose,

​​because they were constantly Trespassing,

Against ​Our English Biblical Common Law,,​

IN THE 7-WEEKS THAT i WAS

HELD IN THE FRENCH PRISON,

NONE OF THE PRISON OFFICERS,

NOR ANY OF THE MANAGERS,

WERE ABLE TO TELL ME WHY I WAS THERE,

BECAUSE THEY ADMITTED THAT THEY HAD NO PAPERWORK ABOUT ME,

​SO THEY DIDN'T KNOW,

REPRESENT AND ADVISE A LAWYER, WHOM IS MORE HIGHLY QUALIFIED THAN THEY ARE,

ON SOMEONE ELSES BEHALF,

A PRISON CANNOT ACCEPT PRISONERS WHOM HAS NEVER BEEN TO COURT,

AND WHOM HAS NO DOCUMENTATION,

where i was allowed water, but no food,

eventually, i was taken through the

to a SECRET ROOM where

MEMBERS OF THE PUBLIC,

ARE NOT ALLOWED TO BE PRESENT,

i was detained in a small space, behind a glass

where CONVICTED PRISONERS, and

PRISON THAT HAD BEEN FRANCHISED

OF WHICH IS A PRIVATE ENTERPRISE,

even though it is called HM Peterborough Prison,

it is ran CONTRARY TO COMMON LAW,

IN FACT, MANY OF THE CASH COW PRISONERS,

ARE HELD ON CIVIL MATTERS,

SUCH AS TV LICENCES,

ALL OF WHICH IS CONTRARY TO COMMON LAW,

for the first 15-days, of being unlawfully detained,

in the FRENCH PRISON,

the French kept me out of the way in

SOLITARY CONFINEMENT with No food,

No name, No Prison Number and No change of clothes,​

1] CLAIM AGAINST THERESA MAY,

AND THE CONSERVATIVE PARTY,

the World's First On Line Courts,

beating The Rest Of The World to it,,​ 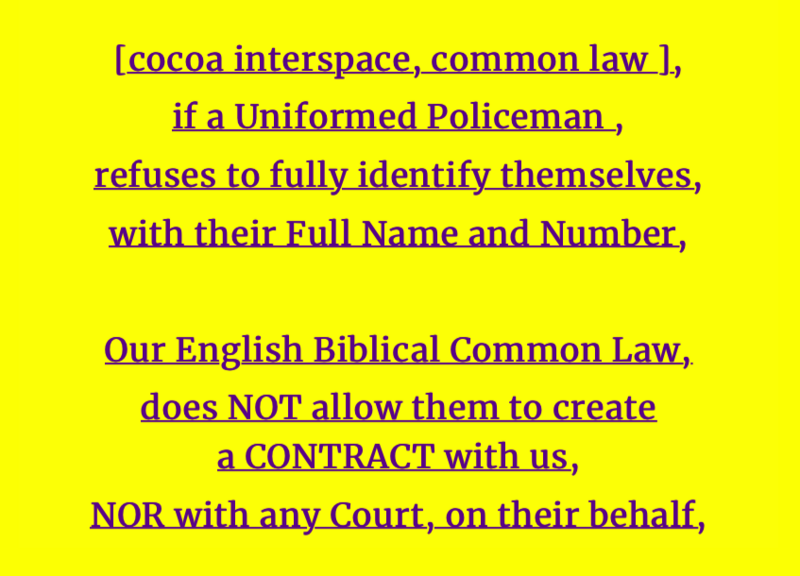 shortly after, a frail old man whom i had NEVER MET,

turned up to THE SECRET COURT ROOM,

claiming to be my SOLICITOR,

Man Acting As A Magistrate responded by asking

and the old man replied by saying, NOT GUILTY,

the MAN ACTING AS A MAGISTRATE,

without hesitation, responded to the old man,

by sending me to PRISON on REMAND,

THE MAN, ACTING AS A MAGISTRATE,

never spoke to me, he never Confirmed who i was,

and he sent me to PRISON,

WHEN, AT NO TIME, HAD i ATTENDED ANY COURT,​

5]  the 2-Unidentified Policemen handcuffed me,

and carted me off to the Coventry Police Station,

and Without Reading Me My Rights,,

6] on arrival at Coventry Police Station,

REFUSED TO IDENTIFY HIMSELF,

and he Refused To Notify Me of a Claim,

or of a Charge against me,

the only thing that the Police Inspector would say is;

i have been arrested on behalf of

Theresa May, and i am going to Prison,

i was not allowed to enter the COURT ROOM,

and, At No Time, did anyone from inside the

COURT ROOM speak to me, meaning that;

i WAS NOT PRESENT IN COURT,

the MAN ACTING AS A MAGISTRATE,

sat inside his Court Room,

discussing with others about how,

they could close down,

and bypass the back up procedures of

MY ON LINE COURTS,

of which i OWNED, for OVER 2-YEARS,

meaning it is a fully established business,​