cocoa interspace common law court staff do not consent, and will never consent at any time, to any form of mental health drugging or interventions,

we cocoa interspace, believe in the  rights of our own, and other peoples, freedom of speech, and the right to personal opinions, and freedom of expression, without oppression, or oppressive opinions, or demands of others,, 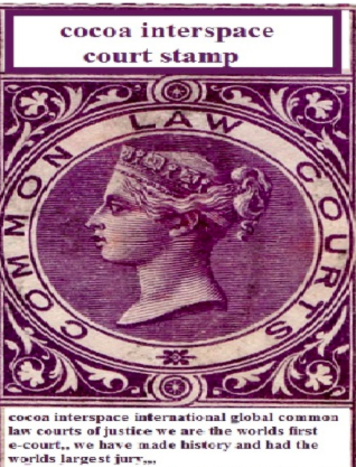 the execution of a statutory warrant issued under Section 135(1)

is for the re-take of mental health patients, where the police are accompanied by an Approved Mental Health Professional and by a registered medical practitioner,,

If a government statutory warrant states the name, of a specific mental health professional [social worker],, or a doctor,, then that specific government employee must be present, for the execution of the warrant to attempt to enforce it, ,

AMHP,s are supposedly responsible to preserve the rights of consentual  registered  patients,, whom organise the attending professionals, for section 135(1) mental health, act of parliament warrants,,

the AMHP [government employee social worker]  is responsible for securing the attendance of registered medical practitioners and police,,

requests for Section 135(1) Warrants
the government warrants direct police to execute their warrants by force, which includes breaking and entering into homesteads, including private homesteads,,  the AMHPS,, [supposedly aproved mental health professional/social workers] are responsible for the coordination of personnel, for these warrants, and their executions must/may be led by the Police,,

local councils carry out the following actions before, allocating mental health act warrants, and they contact the AMHP to confirm, the identity of participating professionals,,

cocoa interspace, would like to give a warm and special thank you,, to the citizens commission of human rights [CCHR] for the fantastic work they do, including the help, assistance and protection they give to people, regarding psuedo psychiatry and mental health,,

coco interspace  would like to give a special warm and heart felt thank you to "sue cardiff", from the CCHR for saving the life of an international common law, and human rights lawyer,

the lawyer, who is now a cocoa interspace lawyer, had just represented, and defended two people and won, a family court case against,,

it is highly unusual for three different barristers and two different judges to act within the same case,,

this happened because, the lawyer removed the first judge from the case, for wrongful actions and behavior,

and, she also challenged, and won,, the second judge, and each and every barrister, on their wrongful actions and behaviour,,

none of the barristers would return to the court, to take up a second challenge with the lawyer,, the second judge eventually gave up, and abandoned the case, and the fraudulent solicitor,s firm whom the lawyer also won against, was eventually, forcibly shut down,,

just a few days after the lawyer won, the above five-months of court hearings,, she was unlawfully targetted, by a criminal NHS psychiatrist, and his co-conspirators,,

the lawyer had never met the criminal NHS psychiatrist nor any of  his cohorts,,

the lawyer was already proven, to be in perfectly good health,, and did not have a contract with any GP,,

she had not seen a GP for six years, and had no contract with the NHS, nor any NHS GP,,

and, she would never,, ever,, consent at any time, to any form of psychiatry, or drugging,,

a cocoa interspace court case will be heard and published soon, in regard to the above and other mental health frauds,,