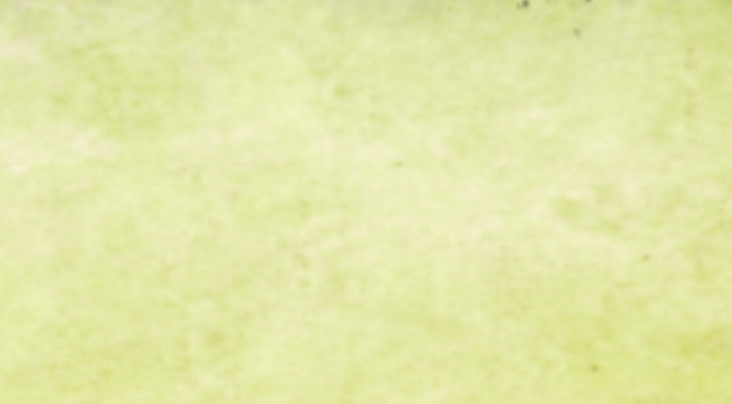 today friday 30th october 2015, at 11:17am a copy of the international arrest warrant against Iain Duncan Smith, was sent via email to Thames Valley Police,, see evidence below,,

Iain Duncan Smith was found guilty on the 18th april 2015 by a jury of eighty five people, of causing loss, harm and injury against yvonne pears,,

​this arrest and sentencing warrant, orders the imprisonment  of Iain Duncan Smith and detainment within a high category prison, either inside, or outside of the United Kingdom, until he has satisfied the full payment of damages to yvonne pears, of which is inclusive of court costs,,

anyone whom assists Iain Duncan Smith in the continuance of his crimes, and/or the avoidance of his imprisonment will be deemed as a co-conspirator and liable to prosecution,, 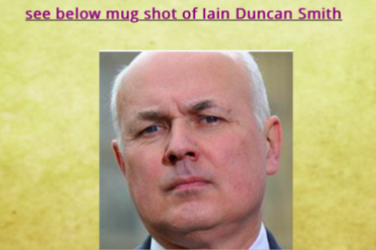 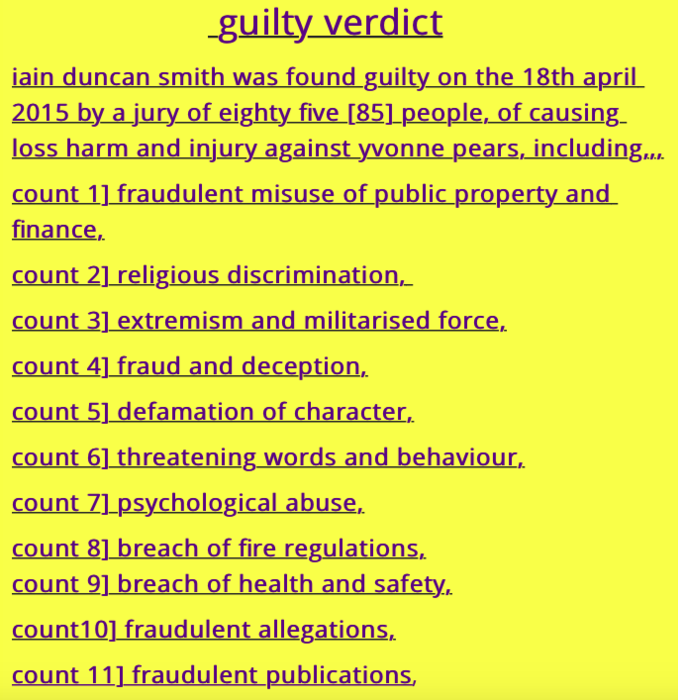 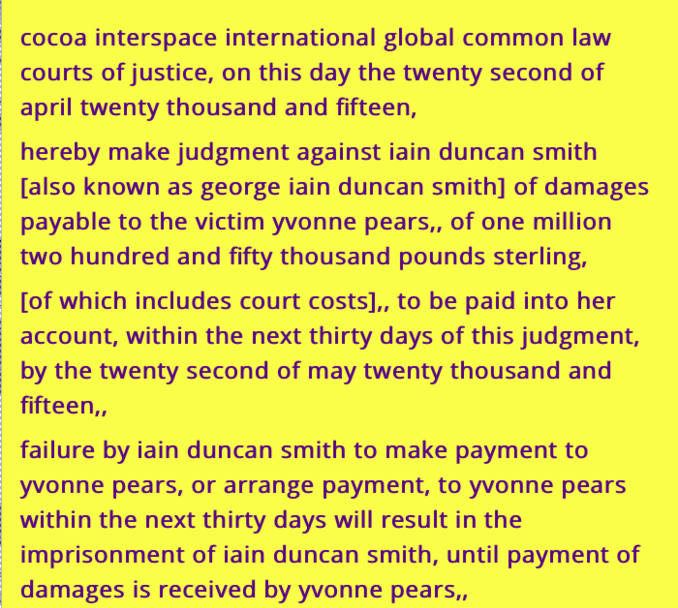 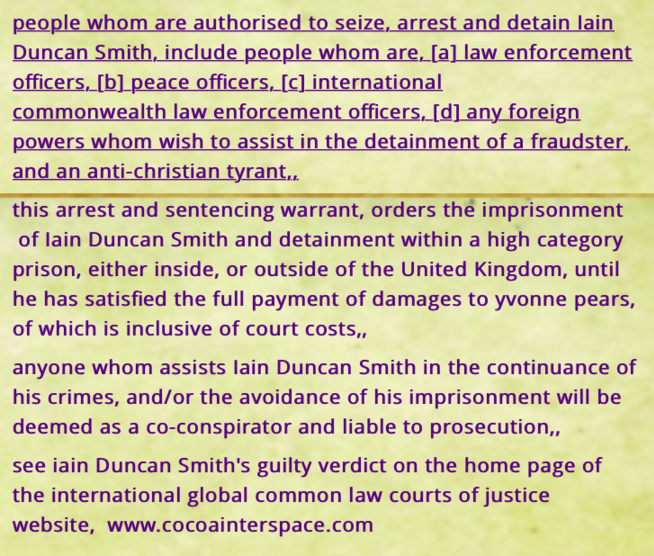 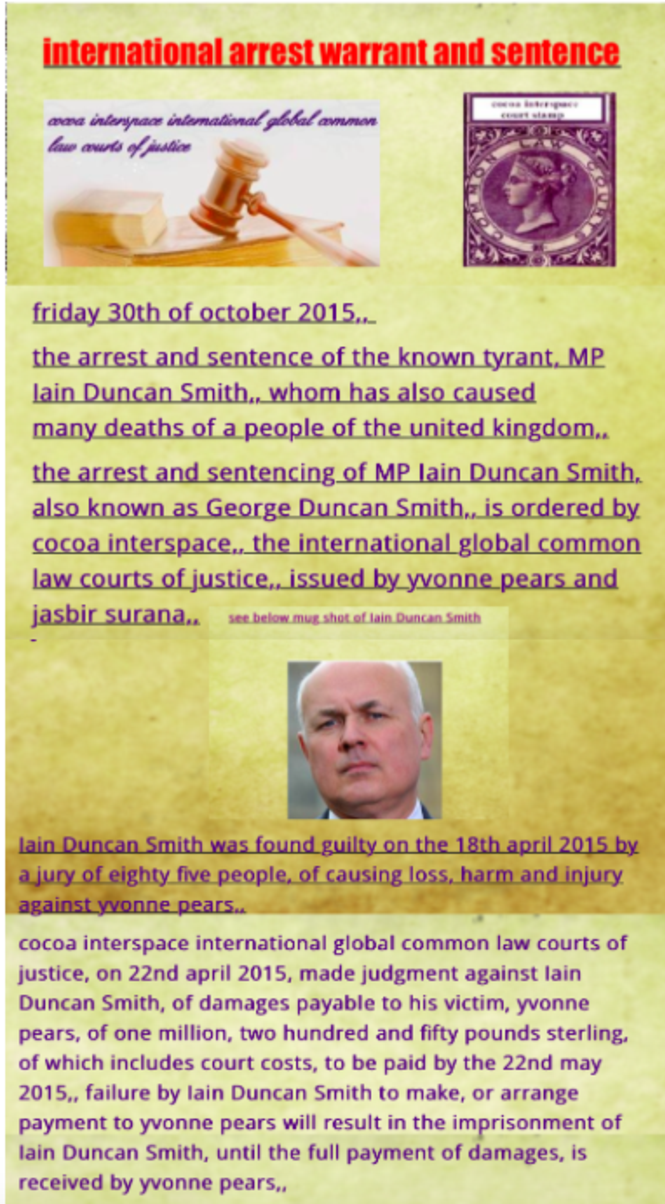 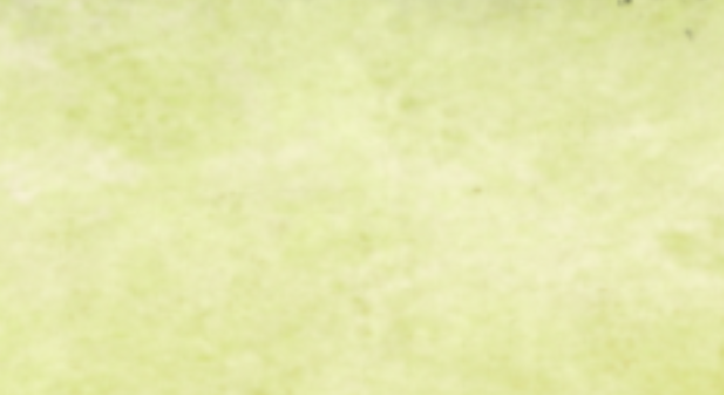 the arrest and sentence of the known tyrant, MP Iain Duncan Smith,, whom has also caused many deaths of a people of the united kingdom,, 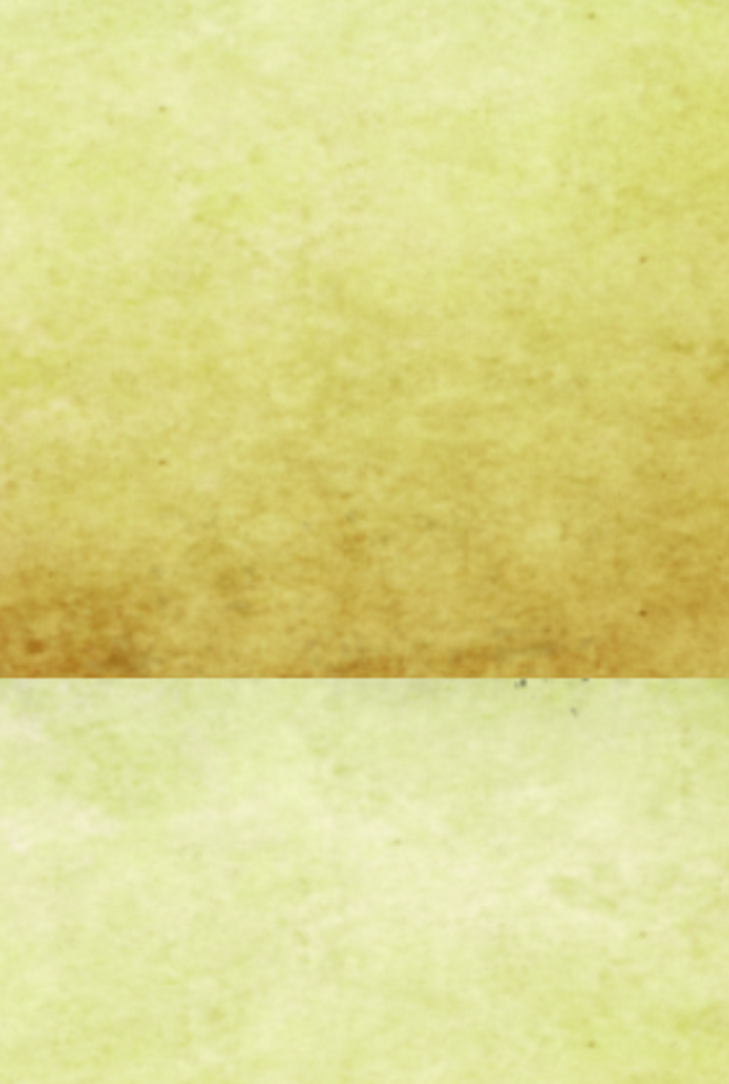 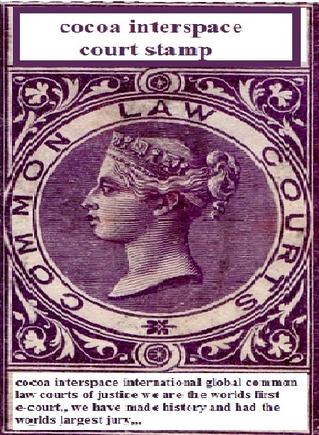 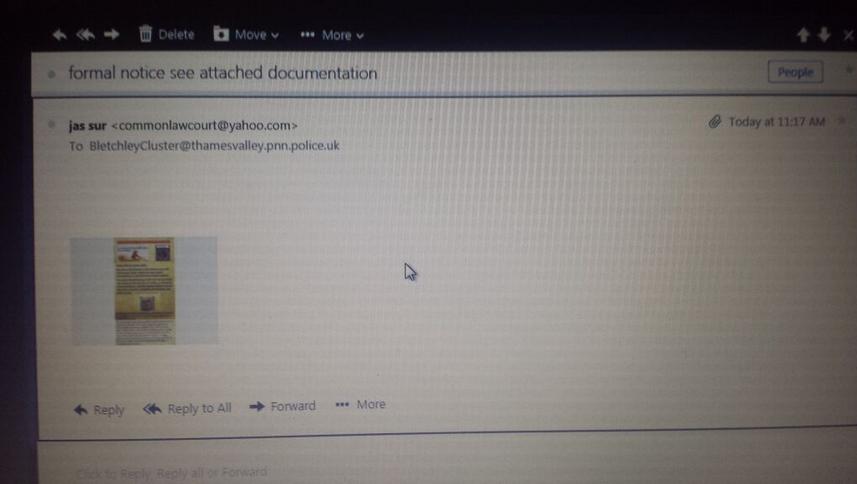