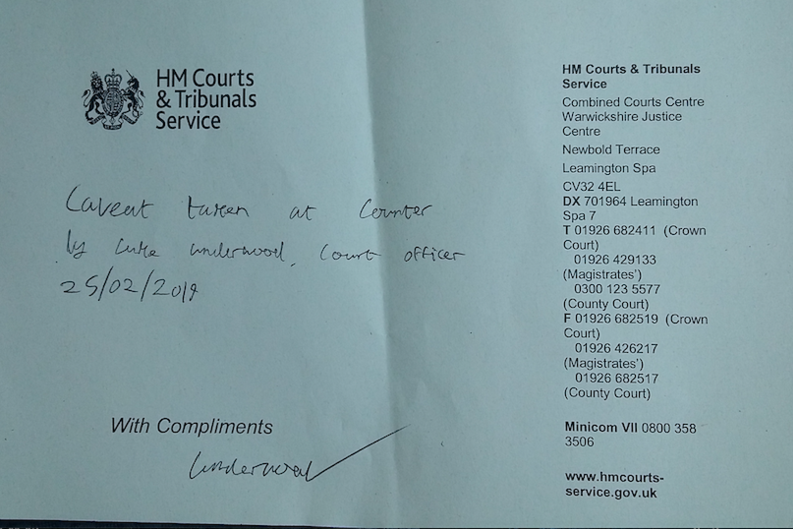 5] i, yvonne pears, require, a copy of the alleged warrant, including the name of the person whom has signed it, within the next 7-days,

6] your actions prove that you are an arbitrary court, meaning that you are using arbitrary processes, by taking a course of action, and decisions, not based on reason or judgment, but upon personal will, without regard to rules or standards, and,,

an arbitrary decision, is not based on facts and circumstances presented, and it connotes a disregard of the evidence, and implies bad faith, of which is tyrannical and despotic,

​i, yvonne pears, await your written response, via this email, within the next 7-days,​​

you MP Sajid Javid, have used the Police, to target gurpreet singh, in order to intimidate him, into dropping his claim against you, therefore, to protect gurpreet,s life and limb, from your Police cohorts,

you have therefore, given us no other choice, but to hereby on this day thursday 14th march 2019, enforce the judgment on the lien, dated 22nd february 2019 against you,

on the tuesday 12th of march 2019, you, MP Sajid Javid, sent two un-identified Police gangs, to gurpreet singh,s elderly parents home, to terrorise them, claiming to be looking for him, at 19:20pm
and again at 9:45pm, the police refused to provide gurpreet,s family with their names, or their collar numbers, proving that they were not acting under their common law oath, and in addition, the Police were also in possession of the contact details of gurpreet singh,s lawyer, yvonne pears, and they chose not to inform her of their intentions in regard to gurpreet,

in addition, our Political Party email has been compromised, where Party members are given warnings, when they want to email our party, and our social media had been hacked,

plus, lawyer yvonne pears has for the first time, in 4-years and 5 months, had difficulty getting onto her court website, this is NO coincidence, and these are highly expensive, and unlawful acts by the Police, over an unproven traffic misdemeanour, therefore the Police unlawful refusal to identify themselves, or give any details to contact them, and their intimidation of gurpreet, and his family, has enforced this judgment against you, MP Sajid Javid, due to the fact that the Police are under your authority,

i, gurpreet singh madar,, a living breathing man, hereby, on this day thursday 14th march 2019, hereby enforce my lien, including every single allegation within it, against you, MP Sajid Javid, of the Conservative Party,

ON THE UNPROVEN TRAFFIC MISDEMEANER
GURPREET SINGH, AND HIS FAMILY HAVE BEEN SUBJECTED TO TORTURE,
thursday 14 march 2019

see proof of email below, to MP Sajid Javid
at 10:51 am this morning,
MP Sajid Javid received an email from gurpreet singh,s lawyer, yvonne pears,
containing the above judgment,
less than 9-hours later,
gurpreets elderly parents, whom have health conditions were subjected to a campaign of cruel and unusual punishment by the Police,​​
at 7:30pm that evening, 3-police arrived at gurpreet,s elderly parentS home,
and one of them banged on the door,
when gurpreet,s sister opened the door, the policeman did not have a warrant, he refused to provide his name, and he was not wearing a collar number,
he asked for gurpreet, and his sister made it known to the policeman, that gurpreet was not  there, then, without warning, the policeman pushed his way into the house, and searched every room, including the garage,
this judgment lien hereby requires you, MP Sajid Javid to pay gurpreet singh, the full amount of the lien, of one million pounds sterling, within the next 14-days, and in addition my lawyers fees of one thousand pounds per hour, was also made known to you, therefore, you are also required to pay the costs of my lawyers fees, of fifty thousand pounds sterling, within the next 14-days, if this amount is not paid, then i will not hesitate, in enforcing Bankruptcy Proceedings against you,

please take note, that ignoring this matter, will not make it go away, and if anything else happens against gurpreet singh, or his lawyer yvonne pears, then you MP Sajid Javid, and the Conservative Party, will be held wholly responsible,
you can contact me via my email address at


or my lawyers address

by signed for recorded delivery,

Thank you for your email. I have checked our records and can confirm that Gurpreet Singh Madar does have an outstanding warrant in his name, issued on the 27th February 2019 at Leamington Spa Magistrates Court. I have spoken to my colleague who you spoke to on the 15th of March and it seems the previous enquiry provided Mr Madar's details as Gurpreet Singh, without Madar as the surname. This is why you were previously informed there was no warrant.

To confirm, there is a warrant issued for Gurpreet Singh Madar and I recommended he arranges to surrender himself to the police at the first available opportunity to have his matter dealt with.

the police had NO warrant, NO collar number, NO name, and in disguise,

to Luke Underwood, re; your email, to myself yesterday, [tuesday 9th april 2019]

and i require you, Luke Underwood, to respond to my email, herein, via this email address, within the next 7-days,

1] i, yvonne pears, herein, remind you Luke Underwood, of the fact that "YOU PERSONALLY", SIGNED FOR a Caveat, from myself, in regard to my client Gurpreet Singh Madar on monday 25th February 2019,

2] CAVEAT, FORMAL NOTICE, A STAY ON PROCEEDINGS,
THIS IS A FORMAL WARNING, NOTIFYING YOU, TO SUSPEND PROCEEDINGS UNTIL THE MERITS OF THIS CAVEAT ARE DETERMINED,

3] you, Luke Underwood, and the Magistrates Court, have not disputed the Caveat, in any way whatsoever, when you have had more than enough opportunity to do so, due to the fact that you were in receipt of it 2-full days, PRIOR TO the hearing,

4] you are now, retrospectively, claiming that there was a warrant issued against my client, on the 27th of february 2019, which is 2-days after you signed for the caveat,

see proof below, of a receipt for my Caveat, signed for and dated by Luke Underwood, 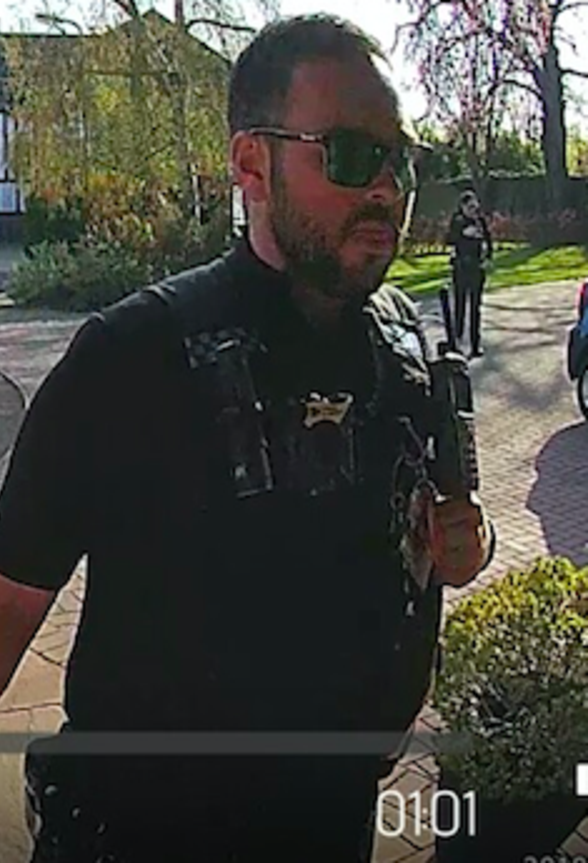